"Did you send her the flowers like I told you to?"

Paul didn't say hello or waste any time asking the person on the end of the phone, how they were doing. The agitation in his voice, unmistakable.

"Can you excuse me for a minute? I need to take this call."

Paul had put his hand over the receiver plenty of times to know what was said in a muffled conversation.  He could hear a door close in the distance, and then the voice.

"Why are you calling me at this church?  What's wrong with you, bro? Are you trying to get me knocked?"

Paul couldn't seem to keep still as he paced back and forth in his living room. Disconnect notices mixed with old fast food containers and dirty dishes covered the coffee table.  His world was turned upside down when his wife of 10 years left him.  Saying they grew apart and wanted different things in life.  That bitch had always thought she was better than him.

"It's not even like that man. I'm just asking because I'm ready to move on to what we talked about..."

Paul's words trailed off and turned into background noise as he leaned back in his chair and looked around his lavishly decorated office in one of Chicago's largest black churches.

Jermain Sanders had truly come up.  A snotty nose kid pulling stick up jobs and selling dope was now a "Deacon".  Deacon James Ball to be exact.  His sordid past had led him to the Lord, for all the wrong reasons.

In charge of collecting donations each Sunday, James was clearing a cool 10 grand each week, and nobody had been any wiser.   It only made sense that when Paul asked him to help scam his ex-wife LaToya out of some money, he jumped at the chance to add an additional income stream to his already growing list.

LaToya had proved to be one of the most pleasurable licks he's had.  She was fine as hell and had chips.  True to form, she also loved to spoil her man.  He took any and everything greedily and gladly.  Liquidating what he could sell-off and not have to worry about her asking to see it, slowly and methodically appraising the rest.

"James! Are you there?"  Paul seemed to be shouting, interrupting his celebratory pat on the back.

He let out a long sigh as he sat up in his chair and straightened his $1,500 Brook Brothers suit. Paul had no idea who he got into business with, but he was about to soon find out.

"You're going to find out what day she makes those deposits to the bank, and I'll handle the rest. Do not call me here again my man, or it's going to be all bad for you."

He could hear Paul start to object as he replaced the receiver back in its cradle with a smile.

He didn't need Paul anymore.  He could marry LaTonya and take half her shit.  He'd do the little robbery, have one of his homeys pull the shit off and come in and save the day, just to pay this asshole and make him disappear.

He picked up his phone.  Might as well get some texting done while he had a private moment.

He fired off two quick texts. 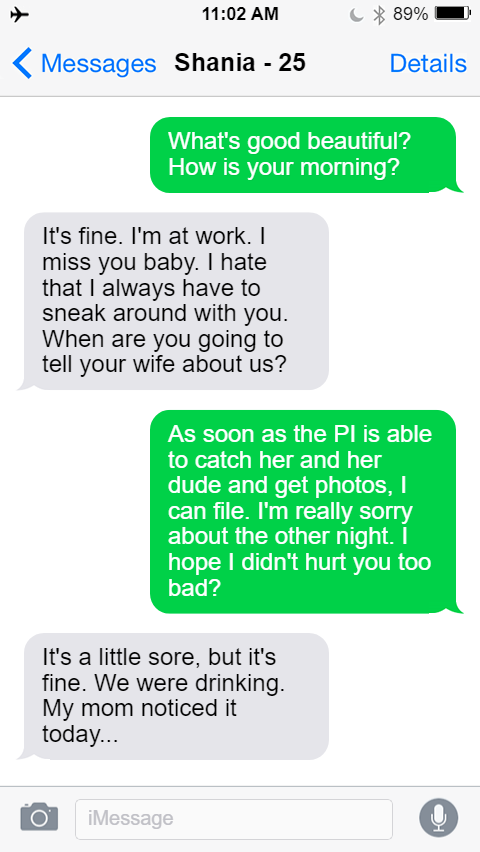 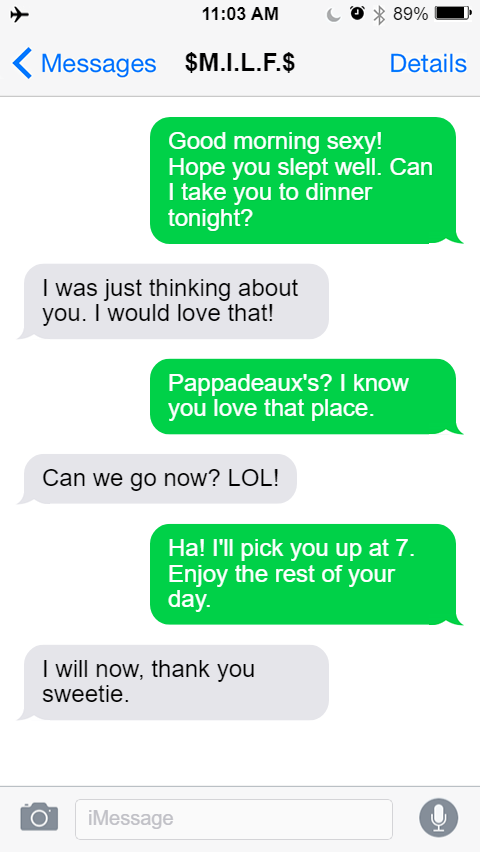 James saw Shania's picture all over LaToya's home.  She was extremely more beautiful and exotic looking than her mother, which was so his type.  He found her on LaToya's social media page.  The good Deacon stalked her for a month, followed her to school, even where she hung out until he found the perfect opportunity to stage a run-in with her.

They instantly hit it off and the sex was amazing.  It was the only reason he was with her.  Why not get his meat wet and make some money.  Shania made him feel young again. He wasn't an old geezer at 50, but the mind plays tricks on one's body at a certain age.

What's a little polygamy he thought to himself.  Nothing was off the table when it came to getting his bread.  Tonight he would tell them both that he loved them.  He wouldn't mean it either time, but he needed to keep Shania happy, quiet and on her back.  He didn't need her young ass to out him until it was time to reveal himself as her stepfather.

By then it would be too late and he would be entitled to half of LaToya's money and businesses.

LaToya sat at her desk with a huge grin spread across her face.  She kept one of them on her at all times these days and it changed her whole outlook on life.  For the first time in a long time, she felt she had an equal and she was starting to develop serious feelings for Deacon Ball.

God had finally answered her prayers and gave her a man with goals and ambition.  He treated her like a queen, not a meal ticket, which is exactly what she needed after her divorce from Paul.

She wanted to treat herself to a new outfit.  Maybe she would take Shania with her.  She was so stressed out about her finals these days, LaToya barely saw her daughter outside of the shop.

"Are you ok baby girl? You seem down."

LaToya knew her daughter, or so she thought, like the back of her hand.

"Oh, baby take some aspirin and lay down.  You can't absorb anything if you're in pain.  I was calling to take you out to lunch and then go shopping so we can catch up."

Shania really wanted to let her mother pamper her.  She needed it desperately to calm her nerves about her final exams.

More importantly, to talk to her about her relationship to help her cure the heartbreak she was feeling more and more lately, at being the other woman.  She knew her mother would be disappointed but understanding and helpful with her advice.

Shania was no longer comfortable playing the second fiddle. The fact that he was starting to hit on her confused and angered her in the process.  She didn't know where it was coming from.  If it was her or had he been good at hiding it these past 6 months.

"Of course my angel.  Feel better and I'll speak to you tomorrow at work. I love you"

LaToya hung up and went to get dressed.  She'd call up one of her girlfriends and just make it a spa day.  She was feeling extra randy today.  The excitement bubbling over as the hours pass until she sees her lover.  She hasn't the slightest idea that her life and her daughter's life were in immediate danger.

Join me and follow me on W.O.K.E. Author Zone (Women Of Knowledge & Empowerment) - www.wokeauthorzone.com. Click on Meet Our Authors then on the sub-menu, Pro Authors, you can see my profile listed there. Give me a follow! You have to sign up for a free reader account first. Don't worry, we won't share your information.

See you next Sunday with the next part in this 4 part short story!

Disclaimer: I do not own the rights to the images used in this story.

Married at First Sight Dialogue: Season 10 - Episode "I Want You to Want Me"